Parkinson’s UK is a research and support charity and the United Kingdom’s largest charity funder for Parkinson’s. Through fundraising, increasing awareness and providing support, their mission is to improve the lives of and ultimately find a cure for Parkinson’s sufferers across the country.

Parkinson’s UK were eager to increase brand awareness after finding that they were under utilising their Google Ad Grants monthly spend. This meant their message was failing to reach a wider audience. Parkinson’s UK charged us with the mission of increasing relevant traffic to their website and ultimately increasing awareness of their cause.

We identified substantial areas of content that weren’t being utilised. This represented a significant opportunity. Further, ad groups were too broad with overly general keywords. By focusing ad groups with a limited list of tightly targeted keywords we were able to increase relevance. We coupled this with A/B testing, a process that enabled us to test the effectiveness of multiple adverts at the same time and see which were generating the highest conversions to maximise standout and advert performance.

Parkinson’s UK saw an immediate and significant impact on their results. These included a 359% increase in clicks – a massive jump from 5,469 to 25,124 in just one quarter. The click-through rate (CTR) also increased significantly, from 2.24% to 7.07% over the same period.

Parkinson’s UK traffic dramatically increased as soon as we took over the account. Our changes resulted in the account fulfilling all the criteria for the Grantspro programme including maximising daily spend. We were able to make a successful application as soon as the account was eligible.

This graph shows the immediate increase in spend and a period of maximising to apply for the GrantsPro programme. 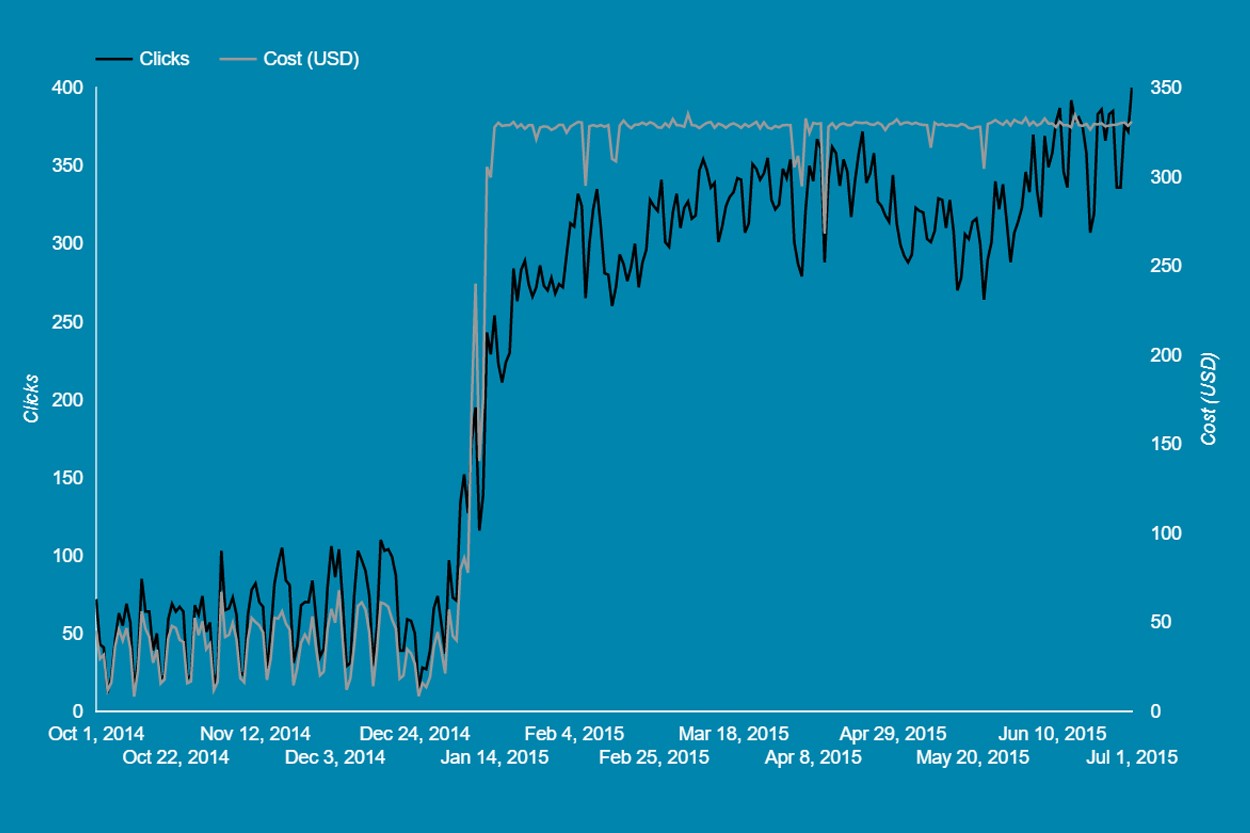 This graph shows the impact of GrantsPro budget ($40k) and further growth of the account. 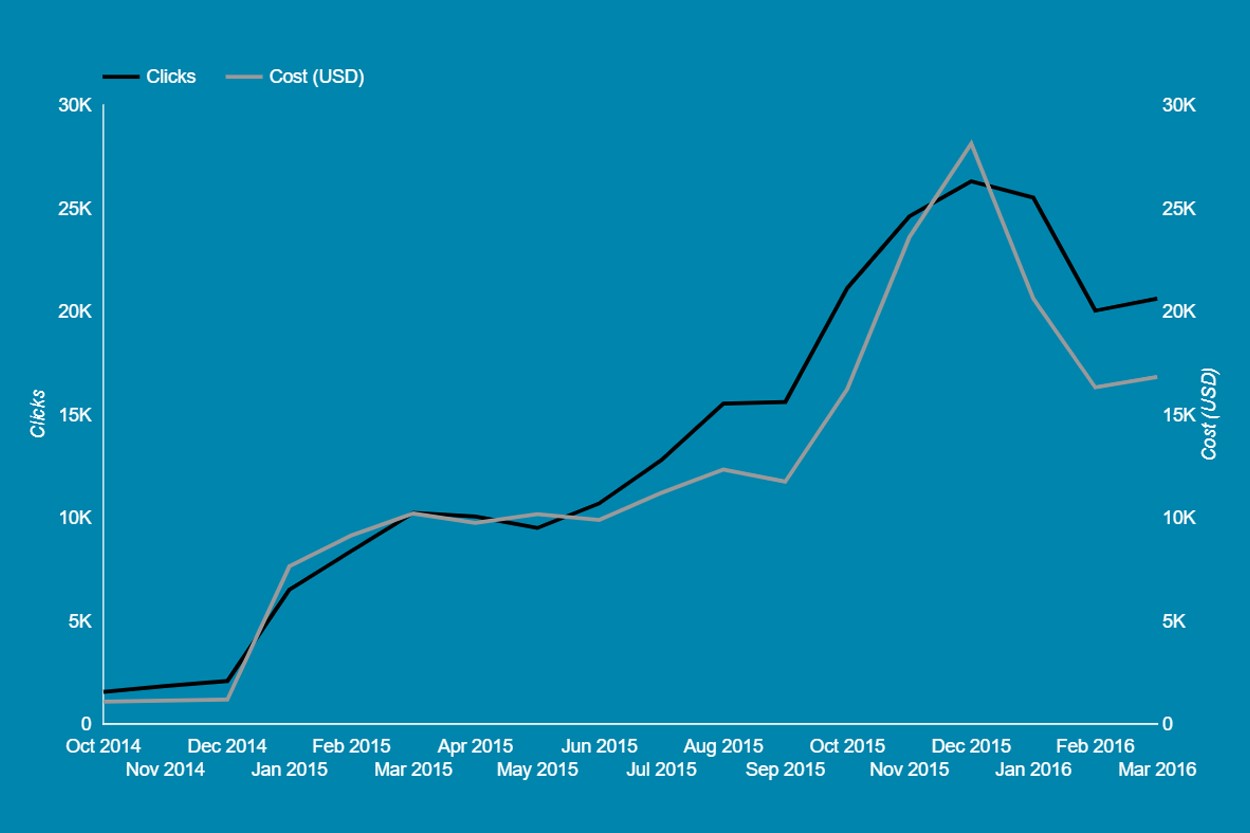 “Uprise Up are fantastic to work with, providing invaluable insight and recommendations for the management of our grant account. The team is responsive and are always happy to give advice and support, which has led to us seeing a great boost in traffic and conversion on our site from PPC.”