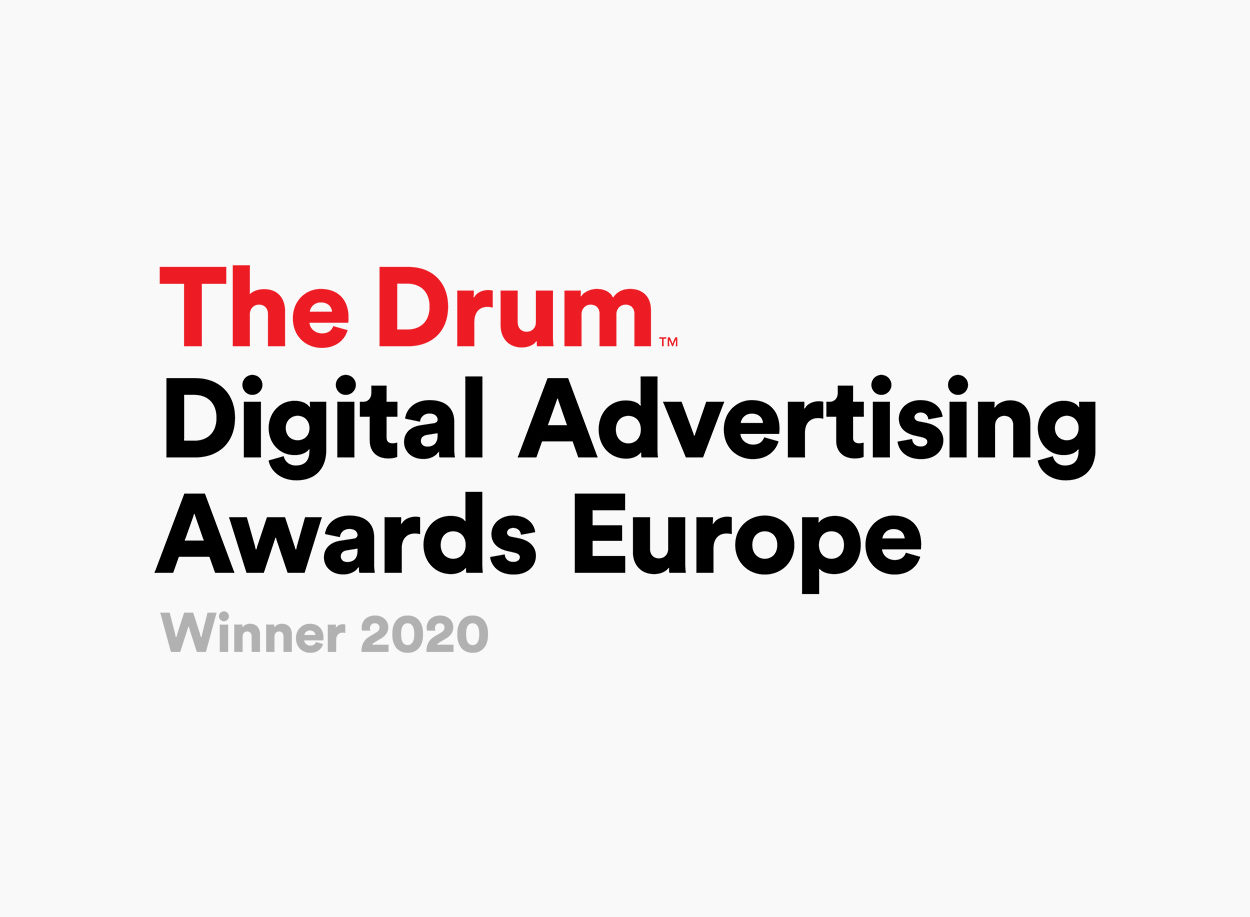 We won at the 2020 The Drum Digital Advertising Awards!

There’s no disputing we are in the strangest of times right now, but we received an email in April that cheered us all up greatly. We were delighted to find out that we’d made it to be finalists for not one but two digital advertising awards in The Drum Digital Advertising Awards Europe 2020.

Last week, we found out that we won both awards, officially making Uprise Up a multi award-winning digital marketing agency! The categories we were nominated in are Not for Profit and Most Effective Use of Data.

We’re honoured to be recognised by The Drum Digital Advertising Awards, as they value data-driven work that showcases best practices in the current digital landscape. Data is at the core of everything we do at Uprise Up; it’s used at every step of a campaign to drive continuous improvement and achieve great results. We’ve operated in charity sector since Uprise Up was founded and it’s considered to be one of our specialities. We work with a wide range of charities to ensure their message reaches the right people at the right time.

To win ‘Most Effective Use of Data’ we were up against some industry giants: ITV plc, Wavemaker CS, RAPP UK, Code, Permutive, Infectious Media, Captify and MiQ, Dentsu Aegis Network. Our work on the Charity Benchmark impressed the judges with its innovative thinking, which has helped form a dynamic data community in the charity sector.

On this digital campaign we worked alongside Catalyst, a marketing and advertising agency that specialises in charities and NGOs. Together, our work with UK national charity for homeless people, Crisis, helped increase donations through a targeted digital marketing ‘Crisis at Christmas’ campaign. 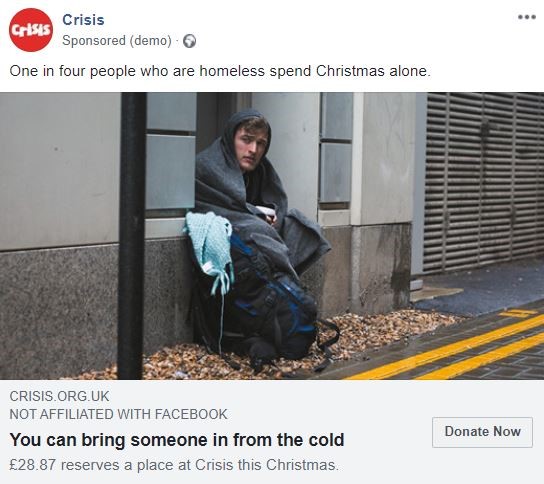 The campaign successfully cut though the digital noise of the busy Christmas period with Uprise Up and Catalyst delivering a multi-channel digital campaign with impressive results. Catalyst provided all creative assets used in the campaign. With these creatives and a combination of paid social and programmatic display advertising, our tactics resulted in over 48,000 donations with a value of over £2,600,000. This is a growth in revenue of 125% from 2018 to 2019; building on the vast improvement already achieved the previous year, since Uprise Up took over the digital campaign in 2018.

Through continuous testing of audiences, creatives, placements, formats, images and copy, we achieved significant improvements in performance throughout the campaign. Our testing was a contributing factor to the results we achieved, which included driving cost per acquisition (CPA) down by over two thirds through the duration of the campaign, which enabled Crisis’ budget to go further and help more people. 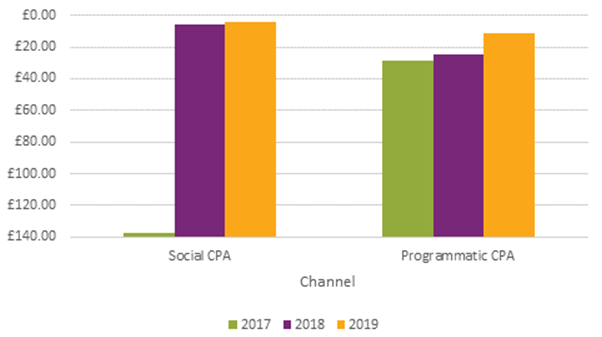 The campaign resulted in a record Christmas fundraising campaign with Crisis attaining its highest ever amount of online donations.

For more information, you can check out our Crisis Case Study.

Most Effective Use of Data

We work with CharityComms, the membership network for communications professionals working in UK charities. This network aims to raise the standards of communications across the third sector and help member charities efficiently use data.

Working on a pro-bono basis over the past two years, Uprise Up created The CharityComms Digital Benchmark, a benchmarking tool which has enabled over 70 charities to pool their digital data. This allows them to compare and evaluate the results of their digital activities and compare their marketing efforts to those of other participating charities across the UK. This data is accessible through a dashboard which offers a simple view of complex data.

The Digital Benchmark has helped, and continues to help, charities to:

As a result, over the past two years participant numbers have shot up by 70%, with over 70 charities using the Benchmark. It’s also been rated good or excellent value for money by 84% of participants. Some of the participating charities include Age UK, Barnardos, NSPCC and Shelter. A full list can be found on the CharityComms website.

By pooling all the data from the charities and setting up effective tools to interrogate the data, Uprise Up and CharityComms have helped form an enormous data community in the charity sector.

We’re very excited to know we get to don our evening wear for a virtual award ceremony at the end of the month! You can see all the nominees here. A massive congratulations to everyone that was nominated or received an award, there was some tough competition to beat. And a big thank you to everyone who’s worked on either project with us. These awards were team efforts and we’re proud to work with you all.

If you’d like to find out how we can help your organisation with outstanding results we’d love to hear from you so do get in touch. Our MD John has also just written a great blog about marketing during Covid-19.

To top off a fantastic start to the year, we’re proud to have added 2 award wins to our list of accolades.

UPDATE We have since won at The Drum Digital Advertising Awards 2021 and Third Sector’s Business Charity Awards 2021. Read more here.   After an award-winning 2020, we’re pleased to…